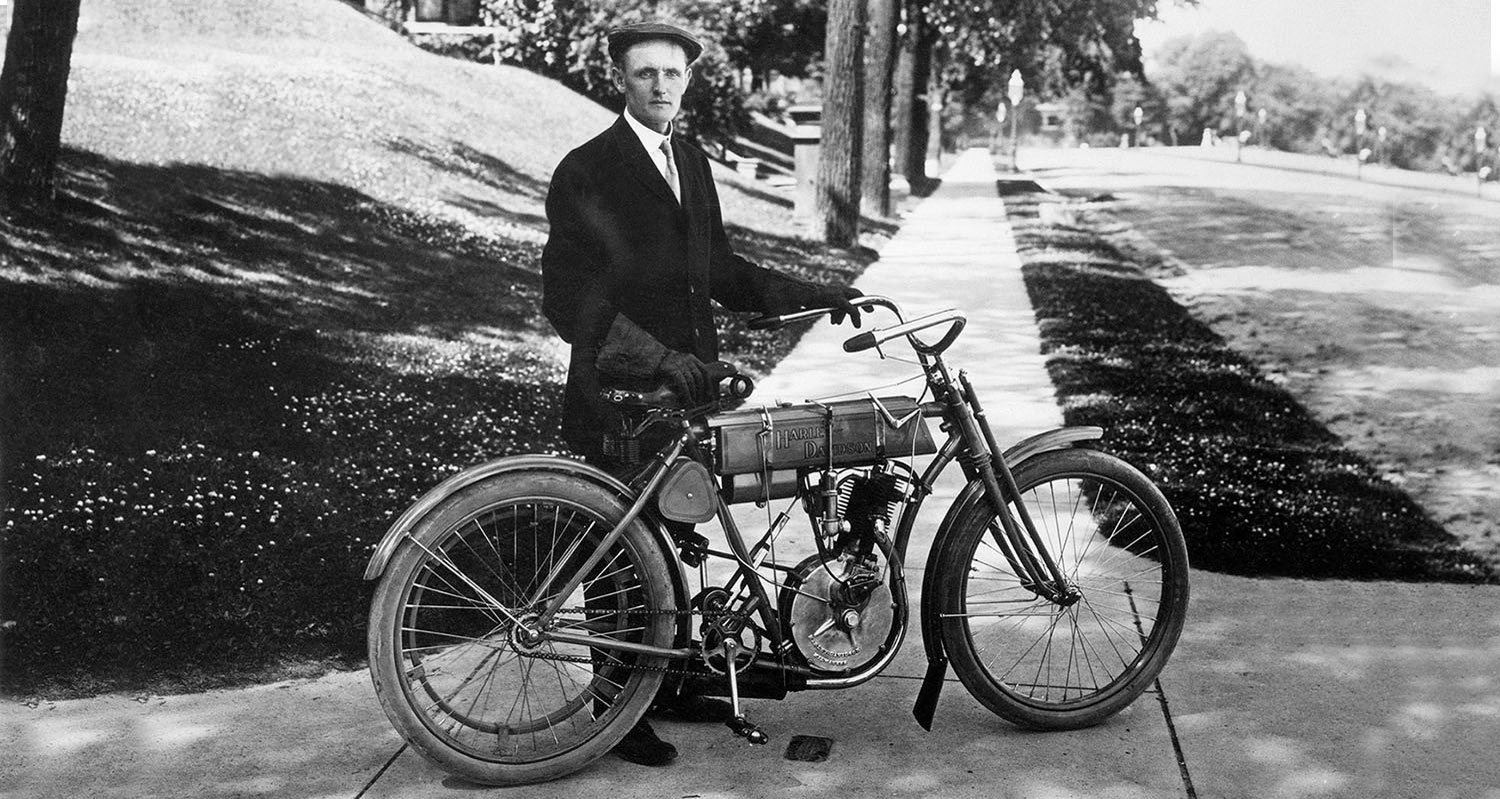 Harley And The Davidsons

Here’s something new, well from us at least, a movie review, or a mini series to be more precise. Now of course we are not qualified critics but then what qualifies one to be a critic, an opinion? Like the great Clint Eastwood so eloquently put it while playing Dirty Harry, “opinions are like assholes, everyone has one”.

So with the qualification side sorted let’s dig in. Harley And The Davidson’s, a Discovery Channel show about the origins of the Harley Davidson motorcycle. A central theme of the show is the bitter rivalry with Indian Motorcycles which plays out nicely and proves very entertaining. The three part mini series very lightly touches on the conception and subsequent demise of the Motordrome, aka Murderdrome, Boardtrack racing or Wall of death. It was however enough to perk the interest of us here at Resurgence and make us want to track down a good documentary on the subject…we will get back to you on that. There’s something about those old board track racing bikes with their slender white tires that epitomises retro biking “cool”. The cheerleading outfits were not so memorable from that era however.

Birth of a legend

The Harley Davidson brand was founded by two friends, Arthur Davidson and the innovative engineer William Harley. It didn’t take long before Arthurs brother, Walter Davison came onboard and finally William Davidson joined the ranks as they went into full production. When the team started working on their first prototype it was back when small engines were being experimented on bicycles. The guys wanted to go beyond 1hp engines and create something that was exhilarating to ride, something that was more than just a commuter.

As the bikes evolved racing them was naturally part of that evolution. Back in those early years there were 50 motorcycle manufactures in America trying to create an established brand, although you get the impression that most of those 50 would have had little beyond a prototype. While the show was about the origins of Harley Davidson and not American motorcycles in general a few of those other brands could be spotted, Excelsior, Thor and of course Indian, being the biggest name of them all back then.

Fighting with an Indian

The rivalry between Indian and Harley Davidson was fierce. While originally Indian were the biggest name in American motorcycling this new brand equipped with Bill Harley’s engineering enhancements was coming on strong. During the second race scene a rider from the Indian motorcycle team can be seen waiting, his back wheel intentionally placed in the mud. When he sees Walter Davidson approaching he spins the wheel and sprays Walter with a face full of mud…I’m sure all of us that ever rode farm or dirt bikes with their friends as a child can relate to that experience.

Going into World War One Harley Davidson was the second biggest motorcycle manufacturer after Indian. But with a stroke a business genius Harley gave free repair training to all the military riders that rode their bikes. Their theory was when the soldiers returned from the war they would want to buy the bike they knew inside and out including how to repair it if needed. And that’s exactly what happened, after the war Harley Davidson moved into the number one position in America.

It wasn’t all a bed of roses after that however. They almost went bankrupt for patent infringement of William Harley’s own designs and also came close to being consumed by the Ford Motor Company during the Great Depression. 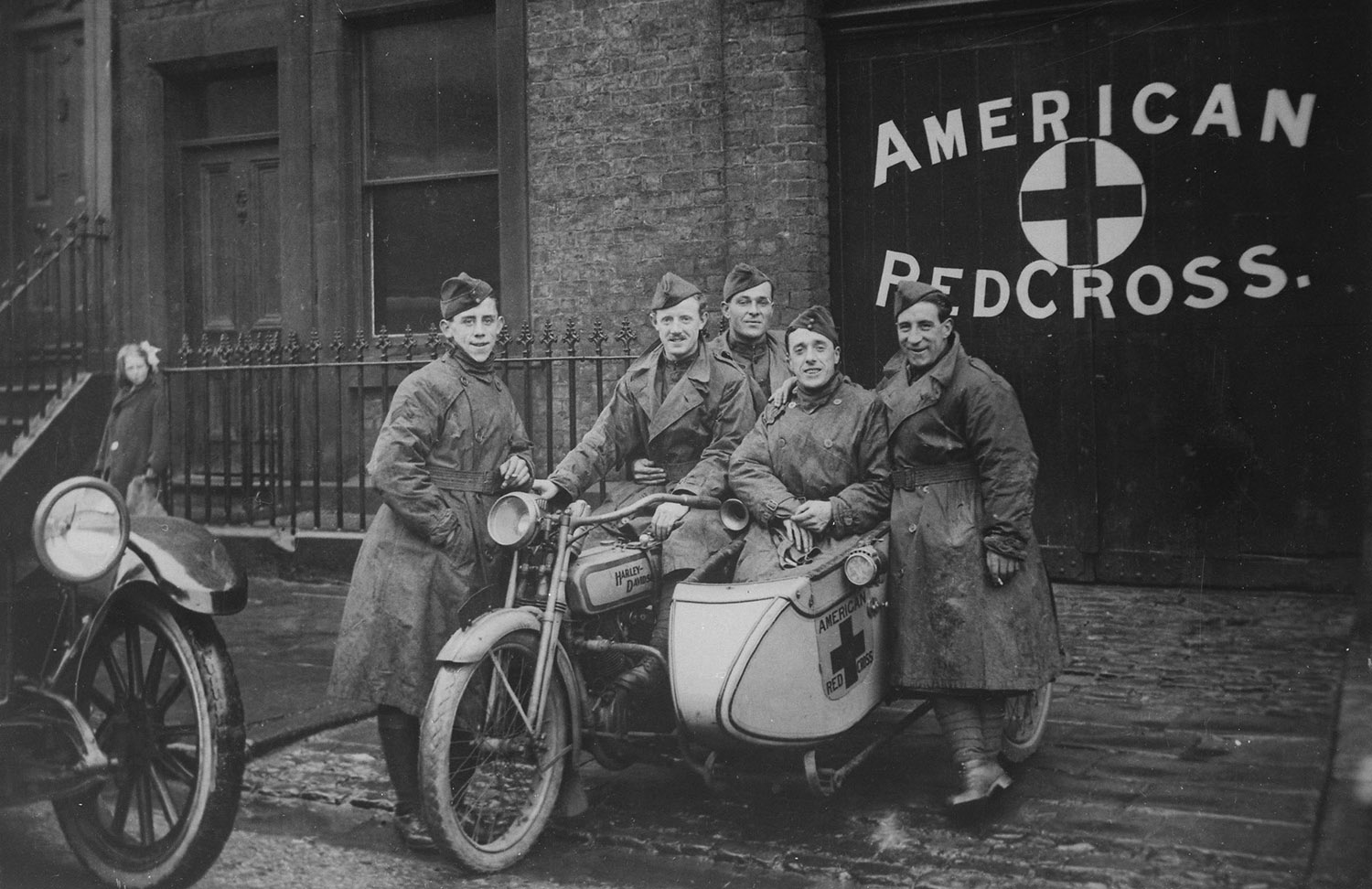 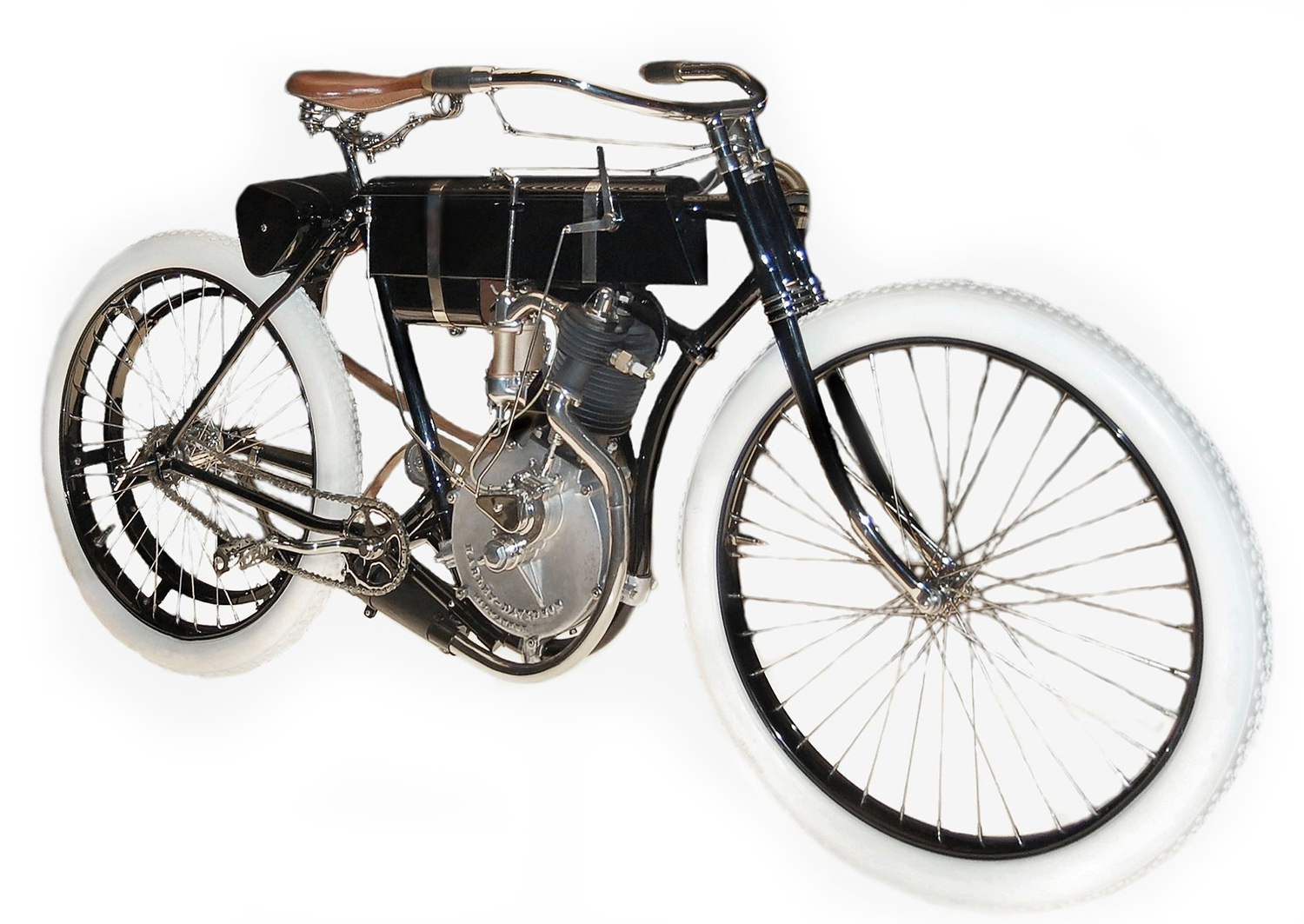 Missed the series on Discovery Channel? Head over to their website and download it, it’s definitely worth the watch – www.discovery.com

Want to know what we are up to? Keep up to date on our facebook page. Interested in updates about new products, technolodgy breakthroughs or local motorcycle news? Throw your email in at the bottom of the page to become part of the VIP list.

PS – we don’t just say our products are the best, they’re certified so and we guarantee it.

Disclaimer : Buying our products online or through dealers should be considered as agreement to our liability disclaimer. Any line of clothing or body armour cannot guarantee absolute protection. Resurgence Gear shall not be responsible or liable for injury, loss or damage of any kind resulting directly or indirectly from use of our products.

Free shipping when you spent over $250

Free gift when you spent over $500. View gifts